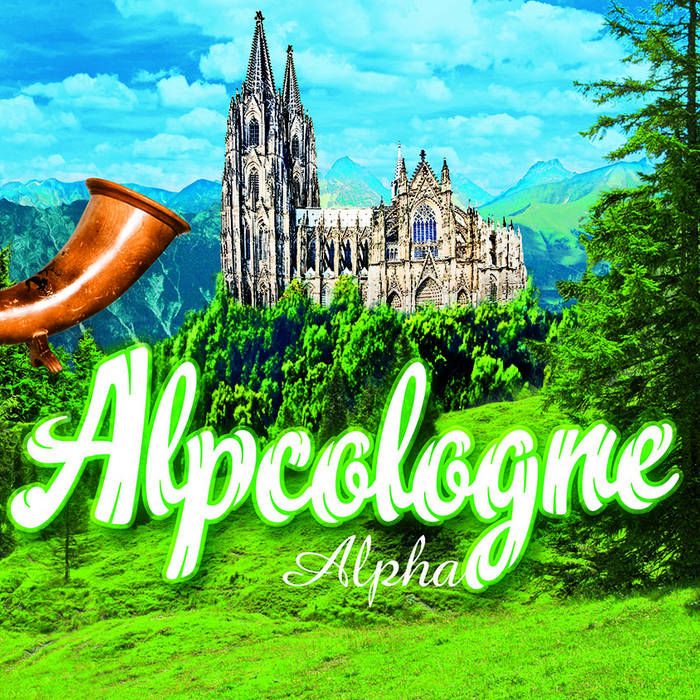 Alpcologne was formed as an alphorn trio in 2001 by Mitch Hoehler. In 2004, the Italo-American vocalist Victoria Riccio joined the band.

The musical restrictions of the alphorns, which are limited to the production of "natural notes," prove to be a fascinating challenge. Like the explorers of past centuries, Alpcologne can experiment with its own sound - playing Folk, Ska, Tango, Mambo, Cajun, Bluegrass, and Oriental music, for example. Whether original compositions or reinterpretations, vocals and alphorns meld to an exciting musical entity. Instead of postcard romanticism, lively world music is created. Always surprising, and with the right touch of humor, Alpcologne takes its audience on a journey through familiar and unknown territory. And the possibilities have not yet been exhausted …

Press:
When the Alphorn does the Samba and the Waltz.
Alpcologne Astounds at the Kulturbunker with their Jazzy Alphorn Arrangements.

... As the doors opened, the deep, rich sound aroma unfolded in the concert hall - and in the bellies of the audience. At the "Klangprobe live" (English: "Soundsample Live"), Alpcologne demonstrated that one can do a whole lot more with the 3.5-meter-long instruments than alpine herder A signaling that alpine herder B wants to drive his cows into the valley.

As traditional as the start of the concert was, that's how amazing the rest of the evening was. Before tonight, Tango, "Watschen Waltz," or a Samba medley had surely seldom been coaxed out of an alphorn. Arranger Mitch Höhler and his musicians elicited melodies from the otherwise dreamy giant instruments that were so varied, that it's hard to imagine that the horns have to rely on natural notes. Even "Anton's Ska" is possible, to which musician ebasa says that "it's the only version of 'Anton aus Tirol' that I'm willing to play on a stage." Alpcologne is completed by singer Victoria Riccio. The Italo-American vocalist swung with a clear, powerful voice and made plain to every last listener that a totally new alphorn sound was created here: jazzy, groovy, joyous, offbeat - and experimental. Because the musicians scratched on their horns with their hands, produced quirky sounds using their mouthpieces, or smacked their lips in the horns.
In addition to these "expert oddities," Alpcologne astounded with the unexpected, harmonious combination of the horns with other instruments, such as recorder (!) or sousaphone. Whoever thought that alphorns were only entitled to exist alongside "alporigines," edelweiss or at best in Volksmusik shows, now know better - thanks to Alpcologne. In this form, the instrument has definitely arrived in the here and now.

3 alphorns and vocals. The concept of the band arises from its unusual "instrumentation." - The warm, rich sound of the 4-meter-long traditional instruments encounters the expressiveness and melodic flexibility of the voice.

Bandcamp Daily  your guide to the world of Bandcamp